Trapped Inside: An Underreported Nightmare

I published this piece on Medium in the hopes of getting a wider audience for information that is not well-known and important for trauma survivors and health professionals. Here is the link.

Attachment Trauma - A Shout Out to "System Speak"

When I'm talking to a client, it can be a hard to convince someone that emotional abuse, i.e. relational or attachment trauma, is legitimate and significant. If you have had emotional abuse growing up, but no physical or sexual abuse, it can be easy to dismiss or minimize what happened to you. While denying the impact of trauma is a normal response, it can also make it difficult to understand what has happened to you and why it can be so difficult to move forward.
A podcast I appreciate is System Speak. It's created by a woman with DID (Dissociative Identity Disorder) who is also a Psychologist. I appreciate her because she's both knowledgeable about trauma research and fairly transparent about her own recovery. Episodes range from personal reflections to interviews with professionals in the trauma field. I found her recent episode Attachment, Suicidality, and Dissociation especially good in explaining why attachment trauma matters. She reflects on a study linking early attachment patterns to later suicidality and reflects on why this is validating and triggering for her.
Posted by Dr. Lora Wiens at 8:51 PM

The Orchid and the Dandelion

One of the most interesting books I've read in the last couple of years is Thomas Boyce's "The Orchid and the Dandelion."  While I recommend you read the entire book, this interview with Boyce on National Public Radio is a good start. For 30 years, Boyce has been researching why some children, i.e. Orchids, are more vulnerable to both stress and positive things in their environment whereas others, i.e. Dandelions, are able to function despite a high level of adversity. His research studies on children in the 20th century are congruent with genetic research in the last 10 years that shows the a set of genes associated with a person's stress response is correlated both with a range of mental illnesses and with resiliency, depending on the environment.

This research impacted me because it explains a lot of what I have experienced clinically and in my own life. As a Psychologist, I was struck by the way this concept opens up our understanding of resilience. The field of Psychology as well as the general public tends to think of resilience as the ability to function despite adversity, i.e. they are less sensitive to it. This is not the entire truth of resilience.

Orchids are often told by others that they need to "toughen up" because they are too sensitive, too emotional, dramatic, self-pitying, self-indulgent and "feeling sorry for themselves." Orchid children in abusive environments use their sensitivity to try to read the state of mind of their abusive parents and to predict their parents' behavior. They also sometimes survive an abusive parent by being emotional caregivers for them, anticipating their emotional needs and wishes. Orchid children in less abusive environments can experience things as overwhelming and even traumatic that might not seem objectively traumatic to others. This can cause conflict with Dandelion parents or spouses who may think they are helping their Orchid loved one by explaining to them they are overreacting and encouraging them to calm down. Orchids respond poorly to this and generally become even more emotionally dysregulated.

An interesting thing is that well-supported Orchids are generally at least as resilient as Dandelions and tend to contribute significantly to society as they are naturally responsive to the needs of other people, animals, and the natural environment. Moreover, their emotional emotional wellbeing can improve significantly when given the right kind of support, perhaps explaining their tendency to make significant progress in psychotherapy when there are ready.

I will do almost anything to avoid feelings of vulnerability that might elicit a need for an attachment figure. I may be almost entirely isolated or I may have set up relationships in my life such that attachment vulnerability is avoided. I may be comfortable seeing myself as the person who gives to others or rescues them from bad situations. Alternately, I may be focused on competing with others to prove my value, authority and knowledge and/or submitting to people who seem more powerful than me in order to get their approval. In all relationships, it is important for me to have a sense of control.

If I am forced to feel vulnerable by an external or internal trigger, I become undone emotionally and experience helplessness, panic, numbness, and dissociation. It is also common that vulnerability triggers sudden flashbacks of neglect or abuse.

One reason I cannot find peace when my attachment needs are triggered is that I don’t have only one underlying attachment system. I will likely be pulled between extreme urges toward anxious and avoidant ways of attachment, mixed in with attempts to push away all attachment needs by getting a sense of control through a combination of addictive behaviors (i.e. drugs, alcohol, sex, gambling, overeating, self-injury) and/or relating to others in ways that make me feel in control (i.e. caregiving, rescuing, dominating, or submission.)  I never feel significantly safe alone or with others.
Posted by Dr. Lora Wiens at 11:32 AM


The vast majority of the time, I feel self-sufficient and am often comfortable being alone. When personal vulnerability emerges, I have learned to automatically distract myself so that I am hardly aware of it. If the feeling is strong enough so that I’m aware of it, I am unlikely to seek support because I interpret that pain as personal weakness. Instead, I will likely isolate and distract myself more than usual and/or seek additional distraction through addictive behaviors (i.e. drugs, alcohol, sex, gambling, overeating, self-injury) until the negative feeling dissipates. I am vulnerable to being a workaholic or to overinvesting in activities that do not involve my attachment figures so that I can ignore my attachment needs. When others talk about attachment needs, it often makes no sense to me or they seem weak emotionally or morally (i.e. selfish, manipulative)

When there are important people in my life, I relate to them in a way that avoids vulnerability as much as possible. I am usually more comfortable seeing myself as the person who gives to others or rescues them from bad situations. Alternately, I may be focused on competing with others to prove my value, authority and knowledge and/or submitting to people who seem more powerful than me in order to get their approval.

In my romantic relationships, my partner often complains I am not around enough or are not meeting their needs. I don’t really understand why s/he wants that closeness. As I don’t know how to fix that problem, I am likely to try to ignore it, submit superficially to the requests, or explain to them why they’re being unreasonable/ demanding/ needy.

Note to others: Most of the time, people with Avoidant Attachment do not consciously shut down their emotions and needs, but are skilled in avoiding an awareness of their emotions through distraction, a coping skill they’ve learned under the age of 1.
Posted by Dr. Lora Wiens at 11:30 AM

This attachment style is also called Anxious-Resistant and Preoccupied. While this is s stable way of relating to others, it can also be very painful. The following paragraphs describe what it is like to have this attachment style.


I prefer to be in the presence of my attachment figure(s). My need for the physical presence and/or words of connection from my attachment figure is fairly constant.  In the absence of this connection, I worry about whether they are forgetting about me, betraying me, and/or coming to harm from some outside source.

Even when I am physically with my attachment figure and they seem emotionally present and supportive, I cannot fully relax because I’m alert to the possibility I might lose them through death, rejection, or betrayal. If I sense any change in my attachment figure’s mood, it is easy for me to attribute that mood change to how they feel about me. This may lead me to ask (direct or indirect) questions asking questions as to whether they really care, whether they are cheating, whether they are in any risk of harm, etc. I’m also vulnerable to wanting to look at their phone, track them on their phone, talk to exes, and confirm with third parties about their whereabouts and activities.

When I feel abandoned, rejected and betrayed by an attachment figure, I am vulnerable to addictive behaviors (i.e. drugs, alcohol, sex, gambling, overeating, self-injury). Sometimes I perceive abandonments, rejections, or betrayals when my attachment figure has not left the relationship and did not intend to communicate rejection or to betray me.

My need to keep a constant eye on the emotionally accessibility and safety of my attachment figure can inhibit me from enjoying other things in my life and learning about things that interest me outside of what’s impacting my relationships.

This is a description of what it feels like to reach out to others when you have  secure attachment to them. Many of my clients cannot imagine what this would feel like.

When I feel vulnerable, it feels natural to turn to my attachment figures(s). When I turn to them, I can fairly quickly find comfort and my distress decreases. When I’m not around the people I’m attached to, I don’t have to worry that they will forget about me, leave me, or get angry at me. This allows me to enjoy other aspects of my life and learning about things that interest me. If my attachment figure does abandon, reject, or betray me, I have the ability to confront them and let them go if they are unhealthy. 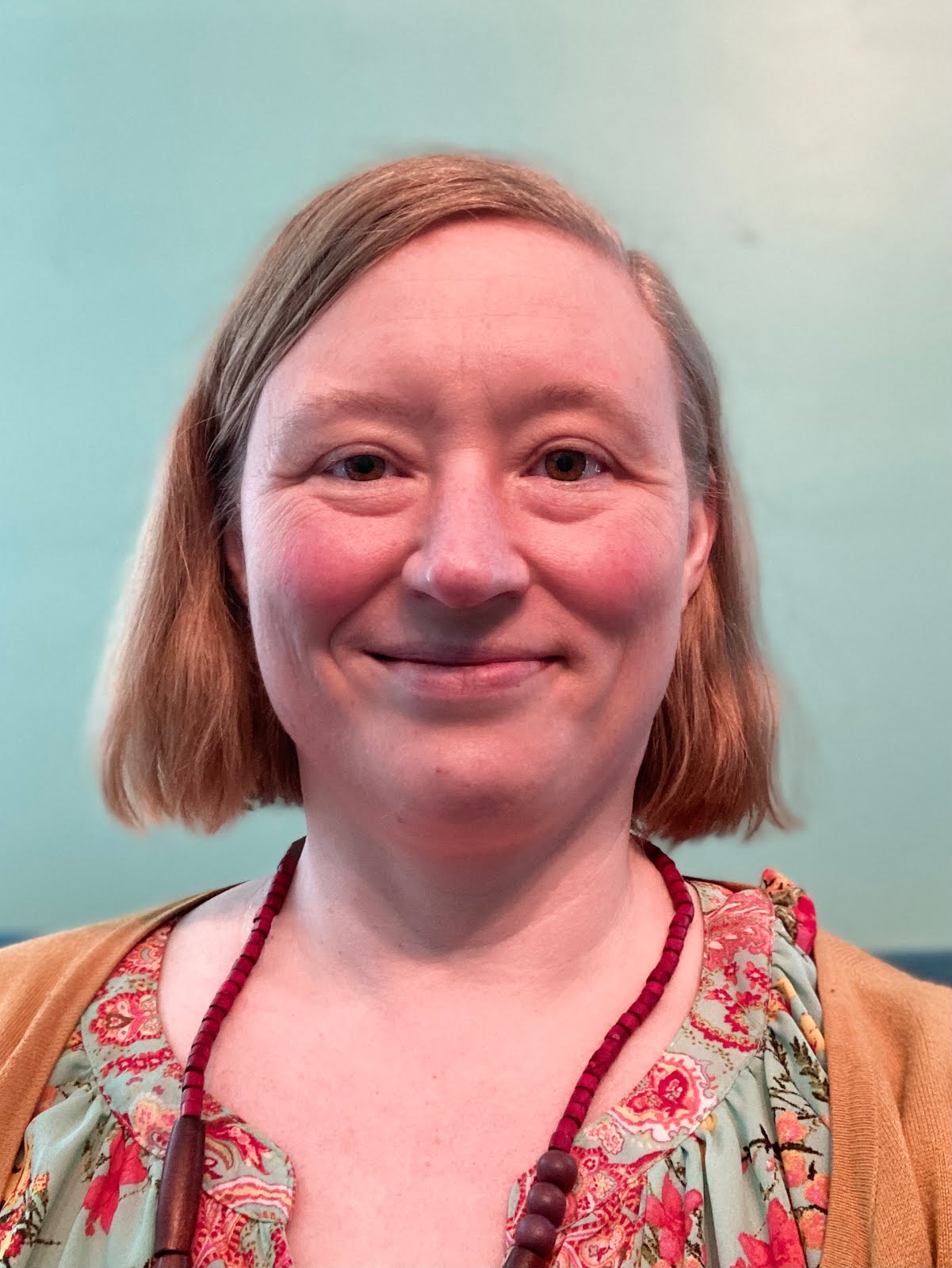 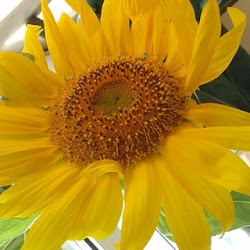